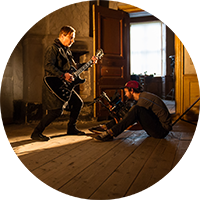 The Soul Exchange - Vow of Seth

Introduction I’ve always appreciated reading about how things are actually done behind the scenes, so it seems just right that I would share my own experiences and thoughts when going about a project. I will do a breakdown of four scenes from the music video and give you my thoughts on how and why we chose to light this way. Last autumn I was asked to shoot a music video for the band The Soul Exchange.
Read More 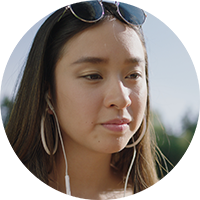 Creating a high-end look with no lights

Case study of a low-budget commercial

I was asked by Najka Pictures to shoot a commercial for a new app called Togee. The finished film would be used to bring in investors. Most of the film was going to take place outdoors and one of the main goals was to give a joyous feeling about the app. Kind of like a Coca Cola-commercial but we also had to show what functions the app had. To achieve this happy feeling I wanted it to be bright, backlit and vibrant. With these principles in place, we set out for pre-production.
Read More 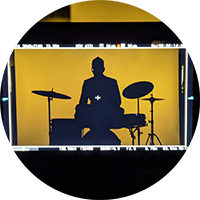 Getting the most out of a white backdrop

Earlier this year I shot a music video with director Joakim Gustafsson and musician Kris Lempiäinen. Kris plays all of the instrument in his song so we wanted to make the concept of the music video based on that. The concept we came up with was quite simple but I am also very happy with the result, and our method for doing it was a little different than what you would assume looking at the video. Just like with all the previous posts in this blog we had a very low budget, so we could not afford coloured backdrops. But the whole concept was that we wanted a different colour for each instrument. The question was, how do we achieve this vision without the budget for buying the backdrops?
Read More 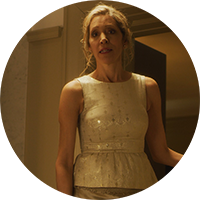 Last year I shot a short about identity directed by Victor Von Schirach.We only had access to the location for one night, so the focus was on quick quality, all in all the location was two rooms in a hotel suite and it all takes place at night. For help I had gaffer Joel Sundqvist lending a hand in the lighting. I’m going to break down two shots here and show how I lit them and where I placed the camera. The focus will mostly be on the lighting. This scene was mostly covered in a shot-reverse shot fashion with some inserts that I didn’t do any major relighting for, so by the end of this post you should be able to copy the work I did without issues.
Read More 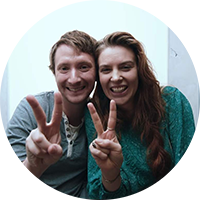 This blog will be a little less on the cinematography-side than my other posts, but it is still relevant for anybody interested in cinematography. This time I will tell you about how we constructed the set for the film - Image. Last year I shot a short about two people who stumble into each other in a photo booth and end up changing each others' lives. The concept of the film is that it all takes place in the photo booth and it is all shot from the perspective of the camera in the photo booth. A bold move by director Petter Sjöstrand to have long takes with no camera movement or cutting at all in a time where films tend to move towards more movement and faster paced editing.
Read More 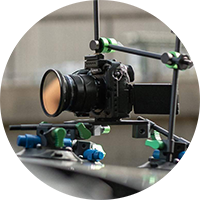 I’ve been working on a short film together with a group of actors who are producing it independently, out of their own pockets. This means that the budget for the film was in the lower (or non-existent) micro budget range. We had a scene taking place in a car that cross-cut with another scene at a hospital. I wanted to get the scene inside the car to be something more dynamic than just sitting in the passenger seat and shooting the driver, but since there was no real budget to speak of, getting a grip or any sort of “real” car rig was out of the question.
Read More